A great month for the quantum switch

If you’re a fan of the quantum switch, like me, the arXiv brought two great news this month: first, an Argentinian-Brazilian-Chilean collaboration finally managed to implement a superposition of more than two causal orders, as I had been bothering people to do since I first worked on the quantum switch. After the experiment was done they invited me, Alastair Abbott, and Cyril Branciard to help with the theory, which we gladly accepted. With their fancy new laboratory in Concepción, they managed to put 4 quantum gates in a superposition of 4 different causal orders, using the path degree of freedom (in optical fibres) of a photon as the control system, and the polarisation degree of freedom as the target system. Using the original algorithm I had developed for the quantum switch, that would have been pointless, as that algorithm required a target system of dimension at least $n!$ (and maybe even $n!^{n-1}$) to make use of a superposition of $n$ gates. To get around that they came up with a new algorithm, that seems just as hard as the old one, but only needs a target system of dimension 2 to work.

They also did an elegant refutation of a criticism that was levelled to previous versions of the experiment: people complained that depending on the state of the control system, the photons were hitting the waveplates implementing the unitaries at different points, which acted differently. In this way the experiment wasn’t actually probing the same unitaries in different orders, but rather different unitaries, which isn’t really interesting. Well here the experimentalists have shown that if you let it all four paths shine at a waveplate implement a unitary simultaneously, you get a beautiful interference pattern, showing that the paths are indistinguishable at the waveplate, and thus the same unitary is implemented, independently of the control system. 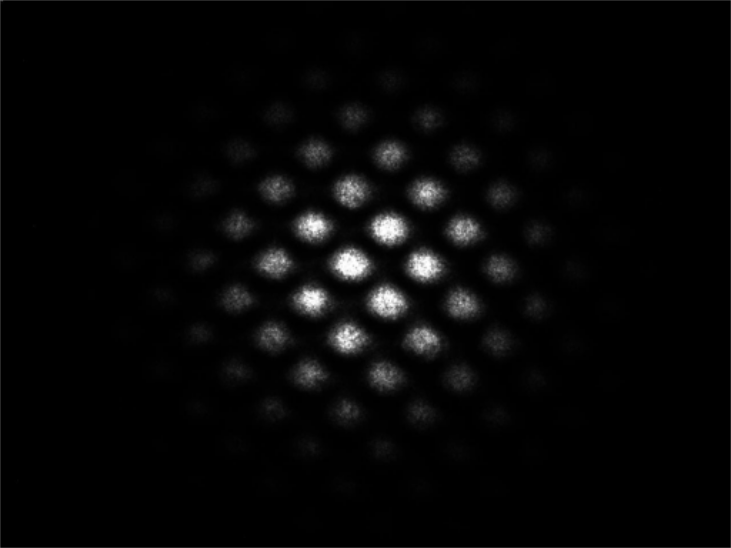 The other piece of great news appeared on the arXiv today: Barrett, Lorenz, and Oreshkov managed to show that no bipartite causally nonseparable process is purifiable. This means that if you have a process matrix, encoding the causal relationship between two parties, Alice and Bob, and this process matrix is not simply a mixture of saying that Alice acts before Bob or Bob acts before Alice, but rather encodes an indefinite causal order, then it is not possible to purify this matrix, that is, it is not possible to recover this process from a larger process, with more parties, that is compatible with the principle of conservation of information.

Now I hold the principle of conservation of information very close to my heart, and proposed a purification postulate, that if a process is not purifiable then it is unphysical. If you believe that, then the result of Barrett et al. implies that the only way to put two parties in an indefinite causal order is really just the quantum switch1The quantum switch doesn’t consist only of Alice and Bob being in a superposition of acting one before the other, but also includes a party in the past controlling the weights of the superposition, and a party in the future that can make measurements on the resulting state. If the past and the future party are ignored, then the result is just a simple mixture of Alice acting before Bob or Bob acting before Alice.. I had asked this question 3 years ago, managed only to show that a few processes are not purifiable, and speculated that none of them are. Now they came and did the hard part, solving the question completely for two parties.

UPDATE 13.03: And today the arXiv brought a paper by Yokojima et al. that proved the same result independently. They formulated it in a different way, that I find more clear: if you have a pure process, which encodes the causal relationships between Alice, Bob, a global past, and a global future, then this process is necessarily a variation of the quantum switch.

This paper also has a well-hidden gem: they showed that if you try to superpose two different causal orders, without using a control system to switch between them, then this will never be a valid process matrix. This plays wells in the theme “the quantum switch is the only thing that exists”, and allows us to be careless about talking about superpositions of causal orders. Since we can’t have superpositions without a control, then there’s no need to distinguish those with a control from those without.

Apparently this had been shown by Fabio Costa some years ago, but he kept the result a secret and got scooped.

8 Responses to A great month for the quantum switch