Quantum supremacy won me a bet

About three years ago, on 21.03.2016, I made a bet with Miguel Navascués. At the time superconducting qubits were in their infancy: devices based on them had very few qubits, and quite shitty ones at that. Nevertheless, I was sure that this was the architecture of the future, as it seemed easy to scale up: there was no obvious problem with adding more qubits to a chip. Moreover, they consisted essentially of electronic circuits, which we know very well how to manufacture. Finally, Google and IBM were pouring serious amounts of money on it.

Miguel was skeptic. He had heard the same story before about ion traps, and instead of flourishing the architecture stagnated. People managed to get a dozen or so excellent qubits in a trap, but that was it. You can’t really add more without messing up the vibrational modes or squeezing the energy levels too close together. There were proposals about how to go around these problems, like linking multiple traps using photons and entanglement swapping, but they didn’t really do the trick. It will be the same with superconducting qubits, he said.

So, we made a bet. If in five years, by 21.03.2021, anybody in the world managed to achieve universal quantum control over 30 physical (not logical) superconducting qubits, Miguel would pay me the burger equivalent of 10 Big Macs in Vienna1After all, the EU might collapse, the euro might collapse, the dollar might collapse, but Big Macs and Vienna will always exist.. Otherwise, I would pay him.

As the years went by, it became clear that things were going well for superconducting qubits, but we still lacked a dramatic publication that demonstrated the capability (and I wasn’t in Vienna anyway). Until this October, when Google published its demonstration of quantum supremacy with 53 qubits. I wrote then Miguel, who graciously conceded the bet (we didn’t need to use our arbiter, Flaminia Giacomini). Photographic evidence indicates that he wasn’t happy about it, though. 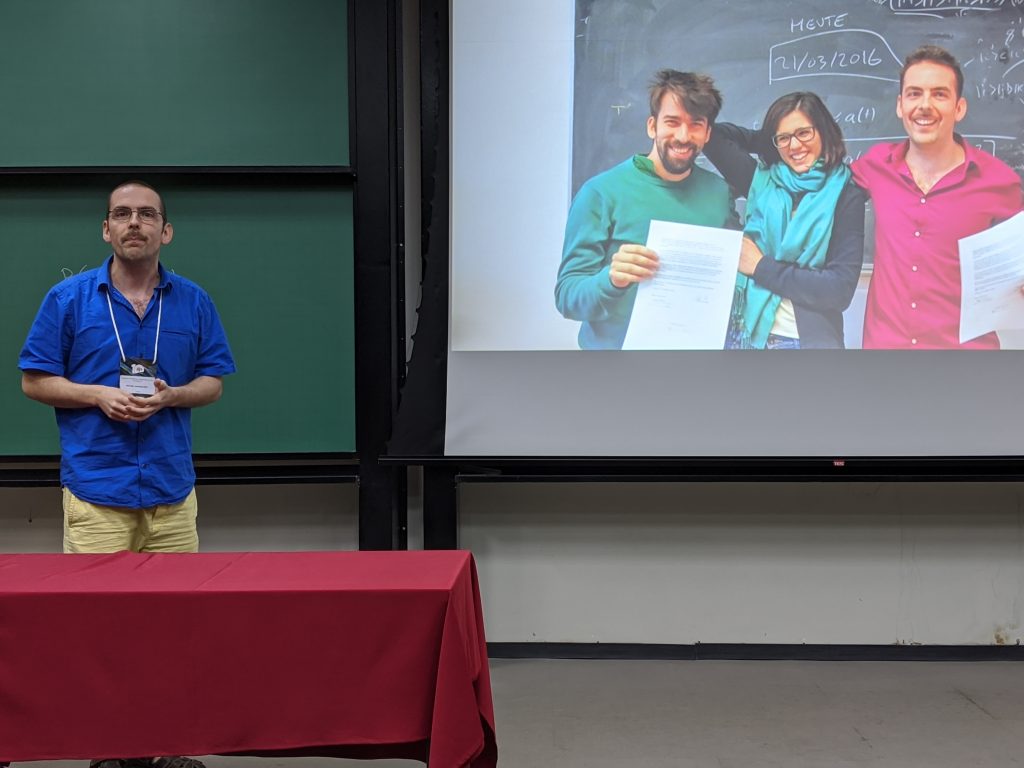 2 Responses to Quantum supremacy won me a bet